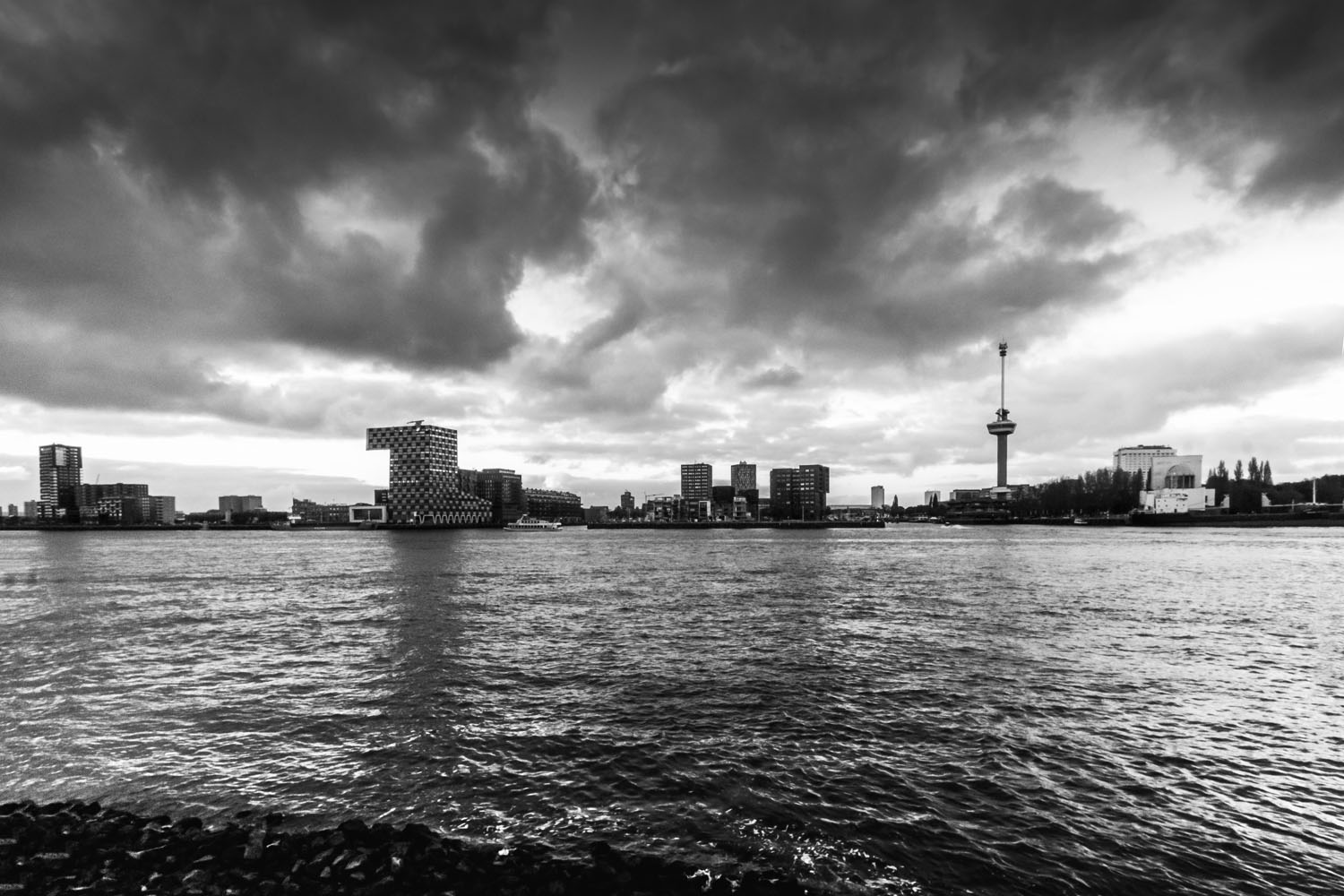 A city of many faces: a tough port, trendy nightlife, sophisticated shopping, and a hip art scene. Rotterdam is the second-largest metropolis in the Netherlands. Due to its unfortunate past, unlike more traditional Dutch urban centres the city reveals a contemporary getup.

Home to Europes largest port and a plethora of cutting-edge architecture, Rotterdam is known for its maritime heritage and Erasmus University. It is lively and diverse hosting a variety of impressive museums and attractions. Local initiatives pop up almost daily. Art galleries, top-quality restaurants and an increasingly vibrant nightlife all add to its repertoire.

As a consequence, it comes as no surprise that Rotterdam is now confidently stepping out of the shadow of its bigger, more fashionable sibling, Amsterdam.

On the 14th of May 1940, the Luftwaffe decimated almost the entire historic city centre resulting in almost 900 deaths. As a consequence, Rotterdam is still frequently referred to as the 'City without a heart' (Stad zonder hart).

That tragic event still shapes the city today. With an ever-changing skyline, it is now characterised by futuristic and innovative architecture, while still managing to retain its authentic grittiness.

It's a walkable city and the outskirts are well connected with transport links and underground pedestrian tunnels.

If you arrive by train, you're in luck. Rotterdam central station is one of the city's most iconic locations. Opened in 2014 and locally referred to as the 'Kapsalon' (due to its resemblance to an aluminium kebab tray) the station is a sight to behold.

East of here is the weird and wonderful Markthal. And only a stone's throw from the Markthal is the atmospheric Old Harbour (Oude Haven) area, where you'll discover some curiously cube-shaped homes.

The striking juxtaposition of Rotterdams contemporary architecture contrasting with the historical Delfshaven district is also something to focus on.

Grab your gear, peel your eyes, open your mind and head out for a wander. There's enough in this city to keep your trigger finger busier than a rabbit with two weiners.

After all that shutter action, you might fancy winding down by indulging in a bit of 'Dutch herb'. From a visitors perspective, the 'coffee shops' here may not be as visible compared to Amsterdam but the city does host more than a few. Generally speaking, you'll need ID to enter the premises and I've not found one where you'd want to stick around for a coffee. Takeaway only for this picture taker.

Fancy a wee mooch around Rotterdam?