Being asked to produce evidence of an onward flight ticket at the airport check-in counter is definitely one of the best ways to spoil your trip before it even begins.

Your bags are packed and you're all excited. You've checked and re-checked to make sure your passport is where it should be. You have money, your SAS survival guide and the HP sauce.

You're on your way to the airport, but a little bit stressed, you need to be on that plane...

You spoke to some cows munching on some grass earlier, they gave you some sound advice. The airport is approaching, you get there safe and sound and are ready to be herded like cattle.

You've joined the appropriate queue and are patiently waiting. Not the best start to a holiday but at least it's moving, albeit not fast enough.

Finally, it's your turn:

She looks at your single ticket into deepest, darkest Transalbodia.

'How long will you be staying in Transalbodia sir/madam/genderless being?'... She asks.

'A few weeks probably' you mumble.

'Do you have an onward flight ticket out of Transalbodia sir/madam/3rd gender?' ... She asks

'Er, no'...You answer, a little bit offended at her nosiness.

'I'm afraid you can't board your plane without an onward flight ticket out of Transalbodia sir'... She politely informs you.

'Hmm, well, that's a bit of an unexpected spanner in the works of my jolly'

She gives you a strange look and offers up for sale a flight ticket that will indeed get you out of Transalbodia.

Unfortunately, she isn't a representative of Skyscanner and neither is she wearing a Kayak pin badge. Her flights are pricey. 'But they're fully refundable' she assures you.

You're trapped, your choices are disappearing along with your seat on that plane. You've done your time in the queue and your flight is fast departing. Are you going to head off and find some wi-fi, mess about registering for a password, then try to buy a flight online?... After that get back in the queue and start the whole process again? You might do that if you have time. If you don't you'll probably buy that pricey ticket that the lady is offering up...

Alternatively, you could be better prepared with the onward flight ticket in hand, ready to brandish like an Olympic medal with a beaming smile.

The above scenario is an all too common occurrence in airports the world over. I've experienced it myself several times.

Unfortunately, the laid-back, nonchalant days of independent travel are in the past.

Seeing where the train takes you and feeling when the wind blows you is one of the reasons I travel in the first place. Flying in on a one-way ticket and wandering around your dream destination aimlessly and carefree, leaving the leaving for when it's time to leave.

Deciding when and how to leave once you're there, maybe you'll move on overland into a bordering country... Ultimate freedom.

Regrettably, this is a luxury of the past

Enforced mostly to reduce the flow of undocumented immigrants entering for employment purposes, air passengers are now regularly required to produce evidence of an onward flight ticket out of the country that they are flying into.

If you are travelling on a return ticket then that will suffice. Or maybe you have a planned itinerary with your connecting flights all booked up in advance. In which case you won't be concerned with such a scenario.

If not, you'll arrive at the airport, attempt to check-in and then...Boom, the brakes are applied.

It is highly likely that you will be asked to show evidence of an onward flight ticket out of the country that you are entering.

A few years ago this would only be the case when flying from certain 'developed' countries. However, it is now becoming more common everywhere.

Recently I was asked to provide evidence when flying from Bangkok into Manila.

Onward ticket protocols may sometimes go unenforced, but you really should be prepared to show such evidence. I find flight travel stressful enough without having an extra issue to worry about.

Or worse, when you arrive at your destination, you can be denied entry into the country. Forcing you back to your point of departure at your own expense.

Depending on the airport you may have the option of purchasing the required onward flight ticket.  This premium-priced ticket you are informed of is fully refundable. Subsequently, when you attempt the refund at a later date, you're charged an admin fee.

In addition to this, there's the time and cost involved when faced with having to visit the airline office in a sprawling metropolis in order to set the refund in motion. I'm guessing nobody wants to waste their precious travel time doing that.

Most people have a rough idea of some kind of itinerary, so they purchase a flexible, onward flight ticket beforehand

The travel dates for these 'flexible' tickets can be changed but these are premium priced tickets and while there are plenty of ‘flashpackers’ travelling around these days not everyone has a generous budget, so they choose to buy the cheapest ticket out of the country with no intention of boarding that flight.

This ‘throwaway' ticket is purchased purely to satisfy the onward flight ticket requirement. Depending on the destination, the cost of this ticket will vary, some promotion flights can be had for just a few coins, while others will be wanting triple figures. Either way, the airlines will be more than happy to accept all of this free money.

Fill out the 'onward flight ticket' form below, make your payment and help a worthwhile charity.

You will receive an e.mail containing your flight e.ticket as a PDF which can be printed if required. However, I find most airlines are satisfied with a glance at the document on your phone screen.

There is a £10/$15 charge for this service and 20% of this will go to the Hospice UK charitable organisation.

Once you submit the form, you'll then you will be redirected to make payment via Paypal.

You will receive your onward flight document via your provided e.mail address within 24hrs.

All done or put on the back burner?

Either way, you'll need a hand with other stuff too. The following does exactly that... 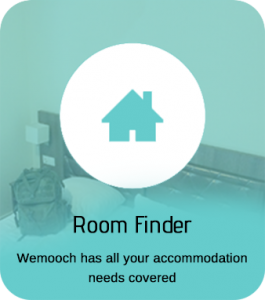 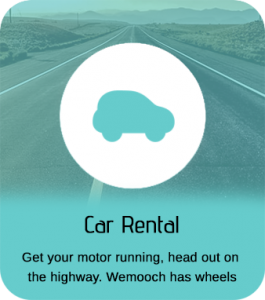 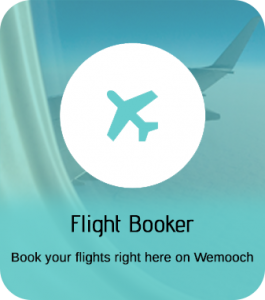