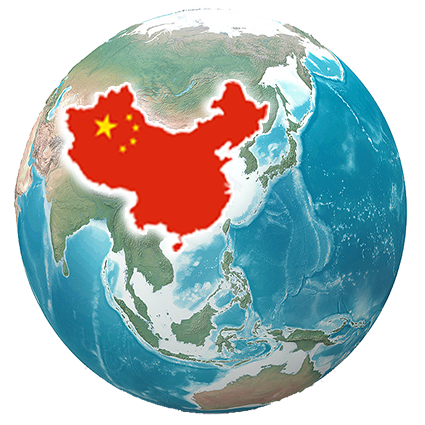 Confucianism shaped Chinese society for centuries, then along came Communism which still leaves its indelible mark. Yet, in the here and now, capitalism prevails. China is an immense, disparate land, where attitudes, feeling and values vary from individual to individual, group to group and region to region and it's futile to make generalisations.

Chinese society has gone through enormous changes in the past century. Changes in daily and economic life have been particularly rapid in the past decade. Diwei (“status”) is all-important in modern China and a popular expression that describes how fast society is changing goes:

"He who thinks is lost."

Residents of the southern and northern regions of the country may not understand each other's speech, nor enjoy each other's favourite foods. Neither do they make a living from each other's land, and they may describe each other with derogatory stereotypes.

Nonetheless, they regard each other as fellow Chinese, members of the same society. United by a set of values and institutions cutting across extensive linguistic, environmental, and subcultural differences.

Only a century ago China was ruled by a child, his evil grandmother and a court full of eunuchs. A mere sixty years ago it was an anarchic Federation of feuding warlords who set the stage for the world's largest peasant uprising and Communist revolution. And forty years ago it was an isolated state dominated by slogan-chanting, book-burning, temple-destroying radicals.

Never has a country of its size changed so much in such a short period and this change continues at an astounding pace. China is now a nation of self-possessed capitalists who seem to have only two things on their mind: making money and ruling the world economically.

In the words of Napoleon: "Let China sleep. When she wakes the world will be sorry."

Ironically enough, the seeds for today's changes were sewn by Mao Zedong, the pioneering Communist who fomented revolution in the countryside rather than the cities. In creating the world's largest Communist state after World War II, Mao's leadership was marked by repression and grand but tragically inept schemes. Consequently, Mao is credited with unifying China and making the Chinese masses part of a society that hadn't existed previously.

Upon Deng Xiaoping's death, in 1997, his reforms had become entrenched and sophisticated. China had opened up to the world and the government had liberalised somewhat. Images of brutal crackdowns in Tibet and Tiananmen Square in Peking (now Beijing) in 1989 became fuzzier as some political prisoners were released. Furthermore, Chinese leaders attended lavish parties with Western leaders and several corrupt Communists were punished.

Travellers today find it difficult to believe that China was once a Maoist state. Modern Chinese cities are dominated by high-rise office complexes, fast-food establishments, and western fashions.

Rural areas feature lively markets, souvenir-selling villagers and family-held plots of land. Change has been rapid here and much of its authenticity has faded and commandeered by the government in pursuit of profit.

The Chinese also invented porcelain, the umbrella, phosphorescent paint, and the stink bomb (one recipe called for fifteen pounds of human excrement, as well as arsenic, wolfsbane and cantharides beetles)

These inventions were used mainly for the amusement of the emperor rather than moving an economic society forward. Gunpowder, for example, was primarily used in firework displays for the Imperial court.

Furthermore, Chinese mathematicians invented the decimal point, and are also believed to have developed the concept of zero. This they introduced to the Hindus who introduced it to the Arabs who in turn passed it on to Europe in the Middle Ages.

In other ways, the Chinese weren't so advanced. Only relatively recently did they start using screws, many centuries after Europeans.

Covering 9.6 million square kilometres, China is the third-largest country in the world. Considering it's the most populated country on Earth, surprisingly, much of this land is uninhabitable or near uninhabitable. The western half of the country is mostly desert, while the central and southern regions are claimed by rugged mountains. Heavy forests blanket the Northeast, suffering bitter winter temperatures. Consequently, the majority of the population inhabit the relatively flat and fertile southeastern third of the country.

14,500 kilometres of coastline snuggle up against the Yellow Sea, the East China Sea and the South China Sea. It's here you'll find the megacities of Beijing, Shanghai and Hong Kong. These urban centres are popular destinations in their own right and most travellers will go through at least one of these while combining such sights as the Great Wall of China (close to Beijing) and the Terracotta Warriors in Xi'an.

Other popular stops include Chengdu, renowned for its research base of giant panda breeding. For impressive engineering feats see the three gorges dam on the Yangtze River. A more languid experience would be the dramatic karst scenery on and around the Li River in Yangshuo.

Away from the well-trodden path, you'll discover places such as Tiger Leaping Gorge in Yunnan province, centring around its capital Kunming, the spring city. A mere! 4000kms to the north-west lies the autonomous region of Xinjiang, once populated by a group of people known as Proto-Indo-Europeans. Surprisingly this tribe had blonde and red hair and wore Celtic patterned wool cloth.

The above is a mere introduction to this colossal landmass. All in all, there's enough here to keep a sharp-eyed snapper busier than a two-fingered local with a serious case of the twitches trying to eat a fried egg with chopsticks.

Thinking about a wee mooch around the monstrosity that is China?