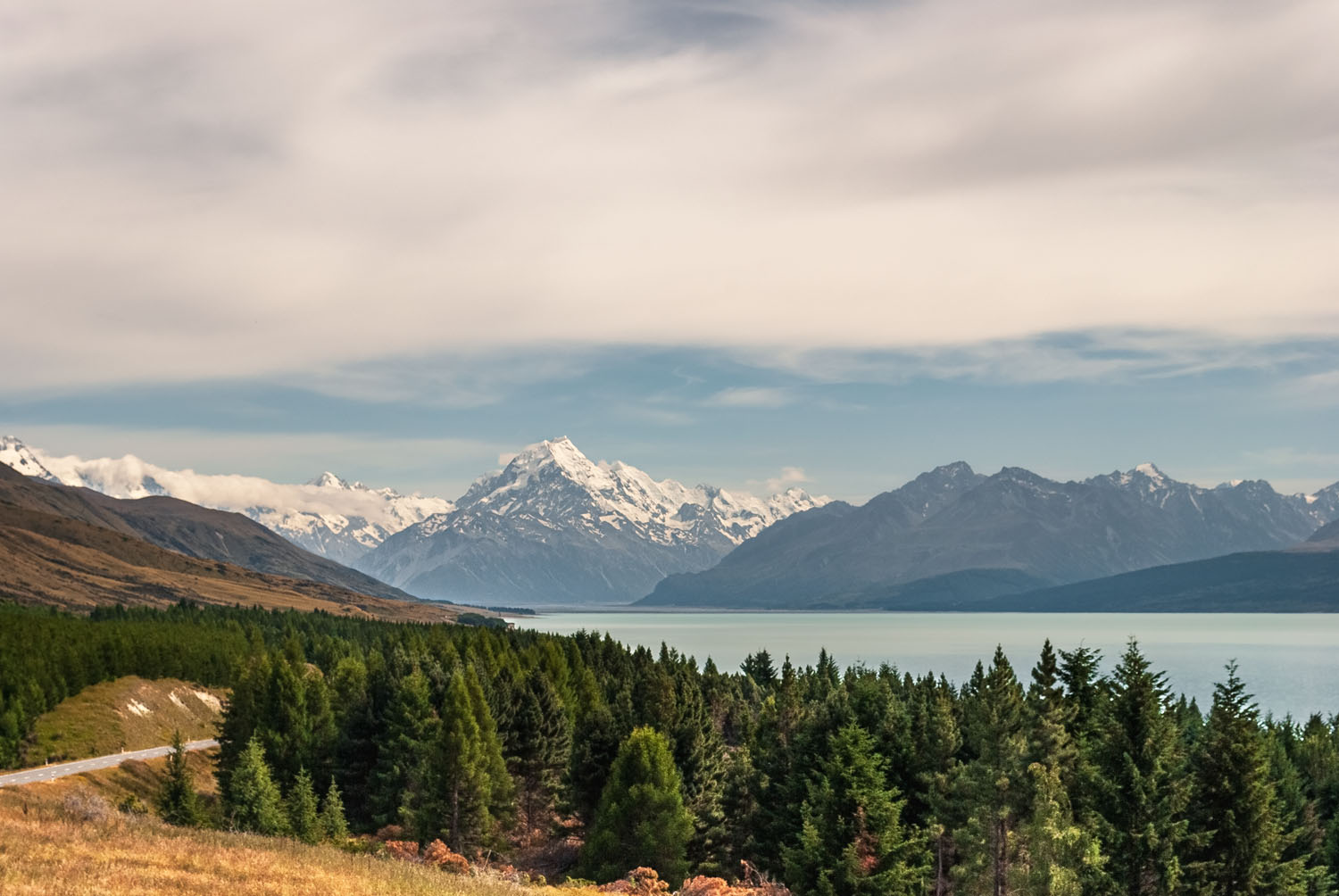 Heading through the southern regions of New Zealand, the view of shimmering Lake Pukaki in Mackenzie county is quite a sight to behold. Possessing an ethereal quality, the peculiar bright turquoise colour of this alpine lake is the result of finely ground rock particles from glaciers, known as 'glacial flour'.

'Pukaki' translates to 'source of stream' from Maori and along with its neighbours, Tekapo and Ohau formed when the terminal moraines of receding glaciers blocked their respective valleys forming moraine-dammed lakes.

The Serenity of Lake Pukaki

At 9.5 km's long and 8 wide it's a sizeable body of water but at the same time an extremely placid one. It's a tranquil part of the country and aside from the odd nearby farmstead, there's hardly any human habitation here. Nature lovers will be grinning from ear to ear discovering several secluded wild camping spots on its eastern shores.

Settle in and crack open a bevvy or three for some magnificent eye candy. No phone staring here, only mountain and star gazing. New Zealand's highest peak, Aoraki (Mount Cook) will demand your attention, protruding majestically from the north end of the lake, serving up a superb vista.

For some serious chillaxing make camp on its eastern shores and get on with some proper ND filtration. This is a landscape of complete stillness with a 3,724-metre snow-capped peak for a backdrop. Up above is a canvas of clear, crisp skies. Astrophotography heaven for sure.

Anyone wanting a high vantage point will need to head over to the lakes western shores and do a little bit of hiking. The western shore is also the route to the Aoraki Mount Cook National Park.

Thinking about a wee mooch into the blue?